My brother has this idea that Chinatown is some kind of dangerous dump. We learned earlier today, that in the final years of the 19th century, it actually was a pile of ashes. Since he’s visiting for a week, I decided to take him on a little tour downtown. 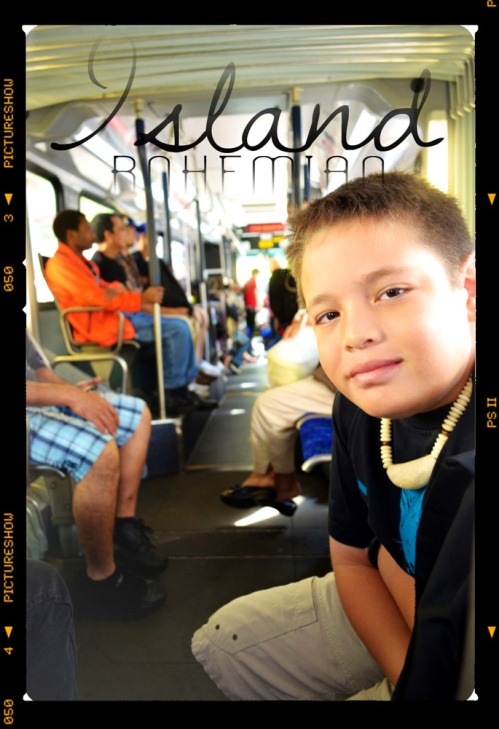 See the full gallery on Posterous

We started our little journey on Fort Street Mall and continued to walk through Nu’uanu Avenue, where we stopped to take a peek at the art galleries. He was fascinated with the diversity of businesses (bars, art galleries, boutiques, bubble tea shops, etc.).

Next, we arrived at Maunakea Marketplace, where we walked up to this Chinatown Museum on the 2nd floor. Ho, the local historian gave us an extensive lecture on the historic town. According to Ho, Chinatown was burnt down to ashes due to the spread of the bubonic plague. But he emphasized the importance of the Chinese immigrants to King Kamehameha, the missionaries and the Americans. They arrived with the purpose of supplying the hard labor needed for fur and liquor trade, but it was their business savvy thinking that made Hawaii a rich chain of islands. Needless to say, Brentt and I felt a little proud to be Chinese.

But then Ho took us down a darker side of Chinatown’s history. After political changes, the “overthrow” (as he says, with his hands signaling quotation marks) and the settled Americans implementing their own laws, Chinatown became a place of hardship and heartbreak. This is when the bubonic plague became a “threat” to the islands and resulted in the burning of the entire town. The Chinese, Hawaiians and some Japanese that inhabited the town were all quarantined and their belongings were burned in the middle of the streets. Ho said it was the Americans’ way of asserting their power over the islands by masking their actions with the bubonic plague scare.

After 45 minutes of pure history narration by Ho, we realized that Chinatown isn’t that bad. It’s reputation has changed over recent decades, thanks to local political figures and organizations who have incorporated numerous community events throughout the years.

I’m not sure if my brother still thinks of this town as a “dangerous dump,” but in my opinion, Chinatown has evolved into an adventurous place of business, culture and art.