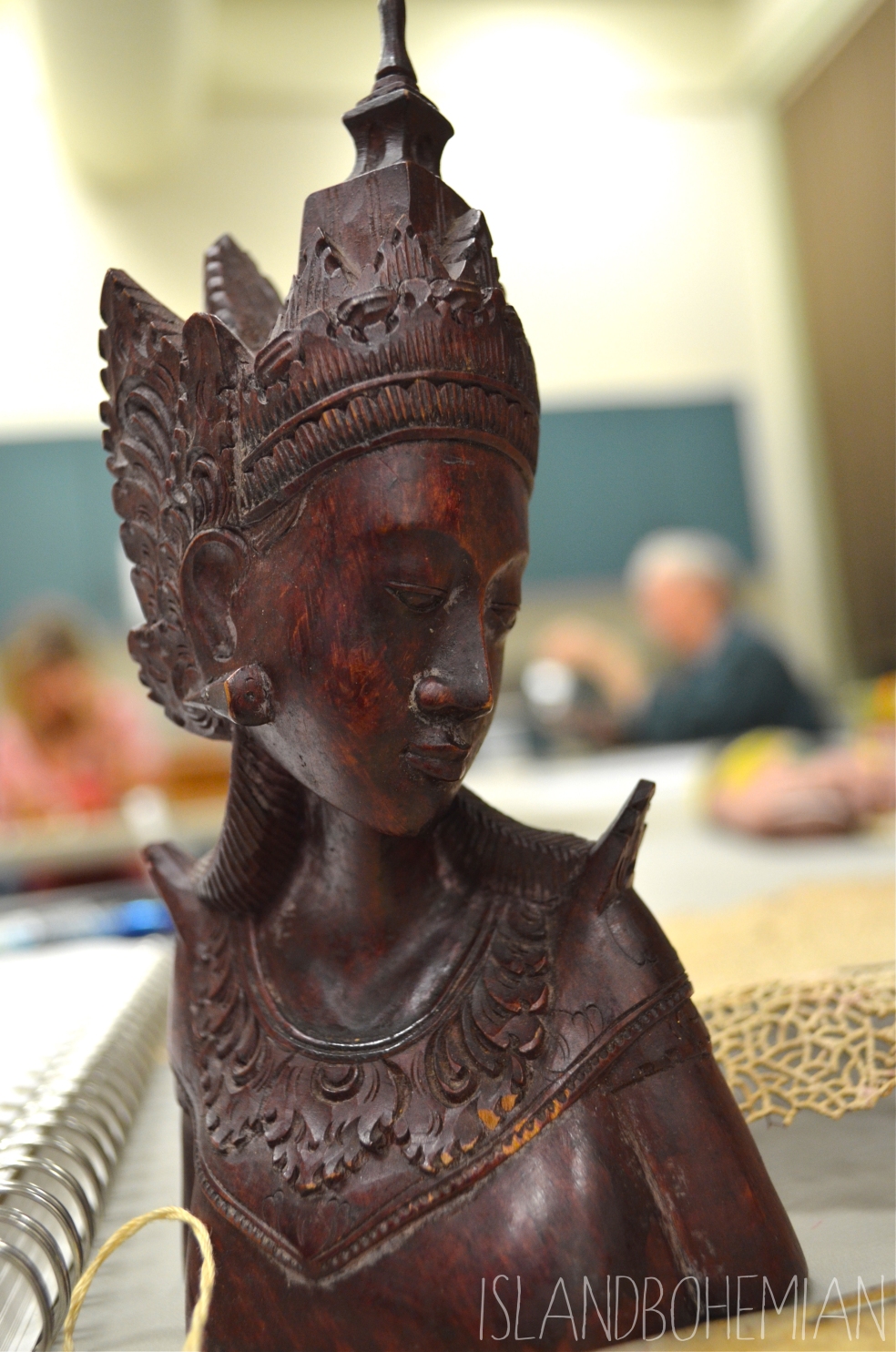 Wood carving of the head of Siwa, Indonesia, Bali, 1962

My art instructor, Quala-Lynn Young, asked us to take a photo of two items that we selected from the Lending department at the Honolulu School of Art. Prior to being used as instruments of inspiration, these items were displayed at the Honolulu Museum of Art and circulated around the world. The first item had to be of a feminine or masculine figure and the second could be anything that speaks to us.

I chose this intricate carving of the Hindu god Siwa (also known as Shiva) from Bali. I was first drawn to Siwa’s headdress and shoulder ornaments. I couldn’t help but stare at how glorious this figure was, with the feathery necklace and pointed panels of the headdress. How would this look in real life? A delicate deity with a little tower on top of his head.

The second item I chose was just as intricate as Siwa, it was this dried coral fan with lavender roots and jagged edges. The Lending department did not have much information on this piece, but it’s not surprising that it most likely came from the Pacific Ocean. Maybe for an islander, this isn’t something special, but it is no doubt beautiful and mysterious, with only a number to identify it. It could be from Australia’s Great Barrier Reef, the tiny islands of Micronesia, the Graveyard reef in Palau or maybe in our own backyard beach in O’ahu. 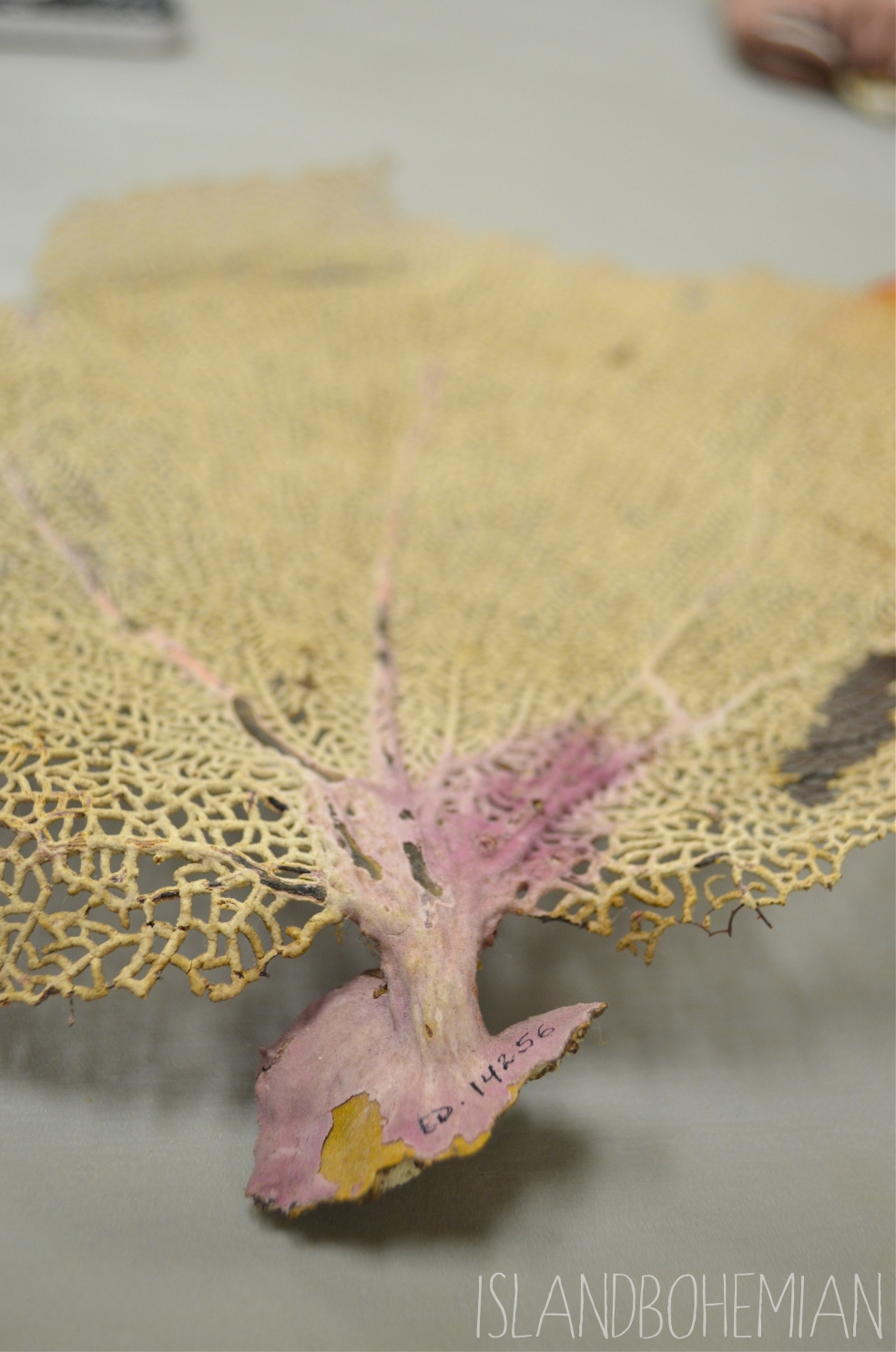 I was a bit excited about taking my DSLR to class. I thought I’d get some good photos of the details of my items. I kind of did. But one thing is for sure, I definitely need to upgrade my camera or invest in a macro lens. My Nikon won’t focus everything into one shot and that frustrated me. During last night’s class, we were required to take photos of our items because the Lending department could only lend them for a few weeks. I kept snapping away for a good shot of the details in the Siwa carving and the webbed fibers of the coral fan, but I could only focus on one thing. Maybe I should just upgrade the body. 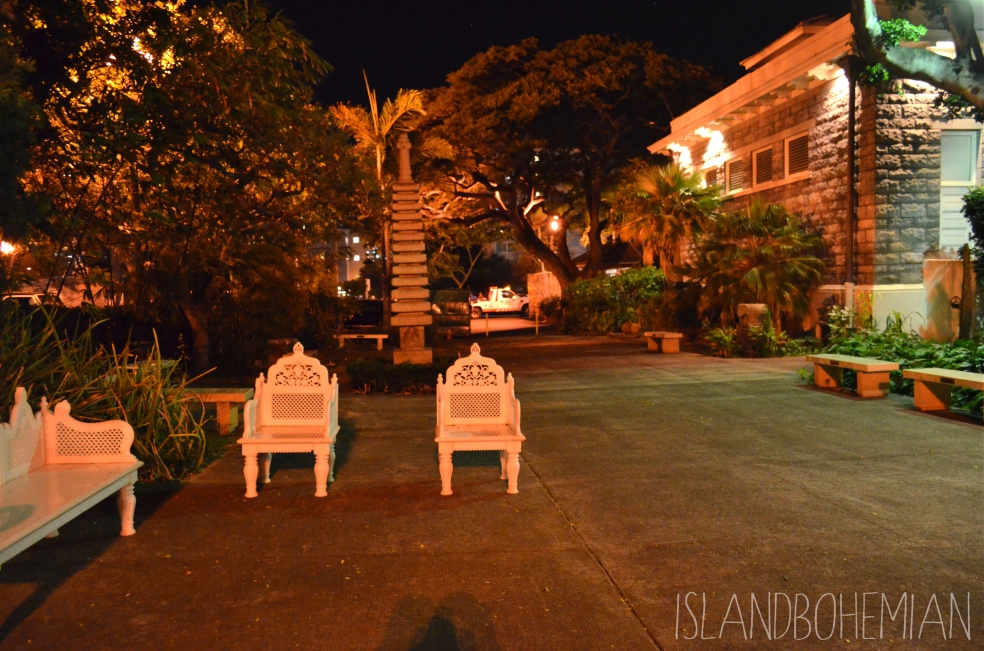 Here’s the courtyard in the back of the art building. It’s kind of haunting and fascinating at the same time. This photo came out alright. It’s not as sharp as I’d like it to be, but it was late at night, after class and my eyes were droopy. Lights out!